I don’t like “best-of” lists, and I think they’re just…dumb. Short-sighted. I mean, really, how can one possibly quantify a year’s worth of artistic accomplishments and releases numerically, with just a handful of releases? It just seems so silly. That being said, an end of the year review isn’t necessarily a bad idea; in fact, I’m all in favor of taking a few minutes and reviewing what was right about the year.  It’s in that spirit that we spend this next week taking a look at just a handful of what I personally feel to have been some of the year’s highlights, split up over the next five days, and presented alphabetically, because what I feel to have been “best” might not be yours, as art is completely subjective, and, well…I just happen to like these records that just happened to have been released in 2016.

Kristin Hersh: Wyatt At The Coyote Palace: As a longtime follower of Kristin Hersh, we’ve appreciated her work for decades, whether it be with Throwing Muses, 50FTWAVE, or solo, and we’ve loved her recent forays into literature. But we weren’t quite prepared for Wyatt At The Coyote Palace, her latest solo album. Presented in book form, this twenty-four track double album is easily her most adventurous and experimental to date. If anything, one finds every aspect of her career summed up here: adventurous, angular rock and roll (“Green Screen,” “Some Dumb Highway,” “Wonderland”) , gentle, sublime folk (“American Copper,” “Bright,” “Cooties”), and gorgeously weird country punk rock (“Bubble Net,” “August,” “Secret Codes”). Put together with the book of scenarios and lyrics, and Wyatt At The Coyote Palace is one of Hersh’s most impressive records to date. (Omnibus Press)

His Name Is Alive: Patterns of Light: Over the course of twenty years, Livonia, Michigan’s His Name Is Alive has sallied forth through their brave captain Warren Defever’s creative oceans, releasing an impressive flow of music that often bears little or no semblance to what preceded or followed it. Defever’s always had a soft spot for psychedelic space rock and the acid/metal hybrid of the early 1970s, but it isn’t until this year—the twenty-sixth anniversary of the band’s debut 4AD release—that he’s offered these impulses without abandon on an “official” album. Thus, when the opening title track begins, it’s shocking; the guitars are heavy, loud, and fierce, and the band’s latest female vocalist, Andrea Morici, is such a vocal dead ringer for founding vocalist Karin Oliver, I was convinced that this was a reunion album. It isn’t, sadly, but that’s okay, as the band’s amazingly adept channeling of such artists as Black Sabbath (“You Best Pray,” “Black Wings”), Hawkwind (“Demonmix,” “Energy Acceleration”), and Electric Light Orchestra (“Calling All Believers, “Thanks A Million”) will quickly take your thoughts elsewhere. Patterns Of Light’s shock and awe proves that Defever and company can still surprise and confound. (Silver Mountain Media)

Vijay Iyer & Wadada Leo Smith: A Cosmic Rhythm With Each Stroke:  The coming together of noted jazz trumpeter Wadada Leo Smith and pianist Vijay Iyer was met with great enthusiasm, and the anticipation was worthwhile. A Cosmic Rhythm With Each Stroke is an impressive seven-part fifty-five minute suite that radiated the cosmic essence promised in its title; sonically, the fluid suite ebbed and flowed between moments of mellow contemplation to dark and ominous ambience, all while generally feeling new and otherworldly. Ultimately, A Cosmic Rhythm With Each Stroke invites you to set aside your stress and dive into its atmosphere; it is the sound of space; dark, overflowing, and overwhelmingly infinite, yet beautiful and majestic in its untamed way.  (ECM Records)

Jimmy Eat World: Integrity Blues: In 2001, When Arizona-based Jimmy Eat World released their fourth album, Bleed American, it found a band reinvigorated with youthful energy, having successfully reinvented themselves after a disappointing tenure on Capitol Records, who dropped the ball on their career-defining third album, Clarity. That transformation came at a cost; their darker, more introspective side–one which surely impressed lots of listeners–was left behind, in favor of a pop-friendly sound. Subsequent records have honed the band’s love for indie rock and power pop, to varying degrees of quality, good in their way, but lacking a certain spark. Integrity Blues isn’t a full-on return to the sound that made Clarity so rewarding, and the dalliance with programmed hip-hop rhythms is interesting if not slightly distracting. Still, Integrity Blues definitely bears more than a passing resemblance to the atmospheric mood-rock that defined their earlier records. It’s nice to hear that frontman Jim Adkins hasn’t lost his touch for writing rock ballads (“Integrity Blues,” “The End Is Beautiful,” “You With Me”), and the heavier rockers “Pass The Baby” and “Get Right” reassure longtime listeners that their dalliances in mainstream sounds hasn’t weakened their ability to write powerful, meaningful, emotional rock. (RCA Records) 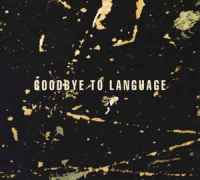 Daniel Lanois/Rocco Deluca: Goodbye To Language:  Someone suggested to veteran producer and musician Daniel Lanois that he should make a steel guitar record. Taking his friend’s suggestion to heart, he set about doing just that, and thus was born Goodbye To Language, an exploration in steel guitar as ambient music. Lanois made his name in the ambient music alongside contemporaries as Brian Eno, Michael Brook, and Harold Budd, but the aptly named Goodbye To Language is his first purely ambient record in decades. With the assistance of friend Rocco Deluca, the duo created soundscapes that recreate the feeling of watching the midnight sky from the middle of an Arizona desert, and the only flaw to be had with it is that at thirty-six minutes, it’s frustratingly brief.  A minor quibble, though, as Goodbye To Language is a swirling, surreal ride into a sonic universe that is easily the most calming album of the year. (Anti-/Red Floor Records)

Look Park: Look Park: We were saddened to learn that the power-pop band Fountains Of Wayne had come to an unceremonious end, a result of tensions and creative differences and hassles whilst recording what would become their final album, 2011’s slightly disappointing Sky Full Of Holes. However, break-ups often lead to newer pastures, and Look Park is the new project of vocalist Chris Collingwood.  Look Park is a light, breezy, poppy record, not too far removed from the better moments of Fountains of Wayne, even though it doesn’t have that band’s hard-edged New Wave/pop vibe. Collingwood’s writing is vivid, and the arrangements fit his distinctive voice quite well. “Stars of New York” and “Save Yourself” are catchy pop numbers a la Stephin Merritt, while the lackadaisical “Crash That Piano,” “Breezy,” and  “Get On Home” make for pleasant listening. If Fountains Of Wayne is indeed over–and such appears to be the case–Look Park has proven to be a worthy successor. (Yep Roc)