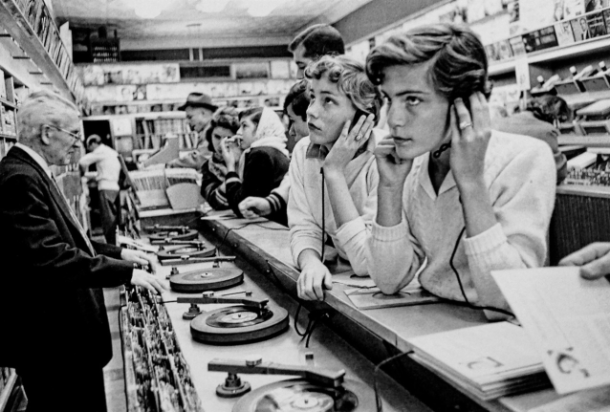 I don’t like “best-of” lists, and I think they’re just…dumb. Short-sighted. I mean, really, how can one possibly quantify a year’s worth of artistic accomplishments and releases numerically, with just a handful of releases? It just seems so silly. That being said, an end of the year review isn’t necessarily a bad idea; in fact, I’m all in favor of taking a few minutes and reviewing what was right about the year.  It’s in that spirit that we spend this next week taking a look at just a handful of what I personally feel to have been some of the year’s highlights, split up over the next five days, and presented alphabetically, because what I feel to have been “best” might not be yours, as art is completely subjective, and, well…I just happen to like these records that just happened to have been released in 2016. 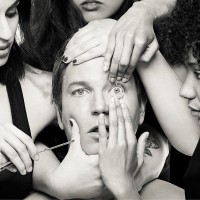 Third Eye Blind: We Are Drugs:  We Are Drugs is the product of Third Eye Blind‘s newfound sense of experimentation. Frontman Stephan Jenkins took his band to a small Texas studio and sequestered themselves with the intention of coming up with a record entirely from scratch in one long, never-ending creative session. We Are Drugs is the fruit of that experiment, and its easily one of the band’s strongest releases. “Company of Strangers” and “Wreckless” are raw, driving rockers, while “Don’t Give In” and “Isn’t It Pretty” highlight Jenkins’ knack for writing delicate and intricate pop songs. “Cop Vs Phone Girl” is the band’s most political number to date, criticizing police brutality with a jagged pop edge that protest music just does not have. When he announced the band’s most recent album, Dopamine, Jenkins declared it would be the last album that they would release in the traditional music business manner; We Are Drugs shows that Third Eye Blind’s new system-challenging mindset is off to a good start. (Third Eye Blind)

Tyketto: Reach: Hard-rock band Tyketto’s story should have been atypical; signed to Geffen Records, they released their debut album in early 1991, but then Nirvana came along, and the label didn’t care about Tyketto. Happened to a ton of metal bands; the genre was out of fashion, and the music world turned their backs. Unlike many bands in the same boat, they soldiered on throughout the decade, and though they split in the late 90s, they did so with a fanbase and several albums under their belt. Reach, their second album since their 2012 comeback, is a no-frills rock record made by rock and roll lifers and survivors. Vocalist Danny Vaughn has always had a powerful voice, and on Reach he sings with the skill and ease that befits a hard-rock rock and roll lifer. For a little band to persevere through the years is inspirational enough; that they’re able to turn out some of their best music to date twenty-five years on is a testament to their talent. (Frontiers Records)

Vangelis: Rosetta: Greek-based composer Vangelis is quite prolific, but it might be surprising to learn that it’s been eighteen years since he released a non-soundtrack/non-collaborative solo album. Rosetta is a straightforward Vangelis space-rock record, and though his music’s always been cinematic, it’s great to hear him come up with music that stands on its own, allowing the listener to create their own imagery for the Rosetta experience. Inspired by an interstellar phone call he had with crew members on the International Space Station, Vangelis leaves his interpretation of Rosetta up to the listener, and much like space itself, there are vast worlds to explore and enjoy. (Decca)

The Veldt: The Shocking Fuzz Of Your Electric Fur/The Drake Equation: This year’s shoegaze revival brought a number of bands out from obscurity, but The Veldt’s return was most welcome. Formed in the late Eighties by identical brothers Daniel and Danny Chavis, they were notable for being one of the only African-American shoegaze bands of the original scene. Though they traded as Apollo Heights during the last decade, they’ve reverted to their original name, and this return EP offered up five gorgeous tracks of soul-minded shoegaze. They pick up where they left off, but in a way that’s much deeper and sexier than their earlier releases. The epic “One Day Out Of Life” is deep, heavy atmospherics, an erotic delight to behold. “In A Quiet Groove” and “And It’s You” (which was produced by A.R. Kane’s Rudy Tambala) find the Chavis brothers creating a new musical genre: Quiet Stormgazing™. They’re currently at work on their full-length album, coming only twenty-five years after their last proper album. Worth the wait. (Leonard Skully Records)

Xander Harris: California Chrome: With the surprise success of the series Stranger Things, the underground electronic music scene of Austin, Texas has taken the spotlight. Justin Sweatt, the mastermind behind Xander Harris, has been a key figure of that scene. His latest album, California Chrome, has received rave reviews, and for good reason, it’s sexy, sultry, and seductive, possessing a groove that is pure EBM. Xander Harris may be from Texas, but California Chrome is pure Belgium-via-Chicago industrial music. At times, California Chrome is the perfect music for a sexual dalliance (“Buckle Bunny,” “The Scarlet Deception”), while other moments feel like the soundtrack to doing bad things to people in one’s basement (“Straight Up Satan,” “Predator State”). Thankfully, Sweatt does all of this without sounding like a Wax Trax! knockoff, and his making of vintage music that sounds contemporary is to be applauded. (Rock Action)