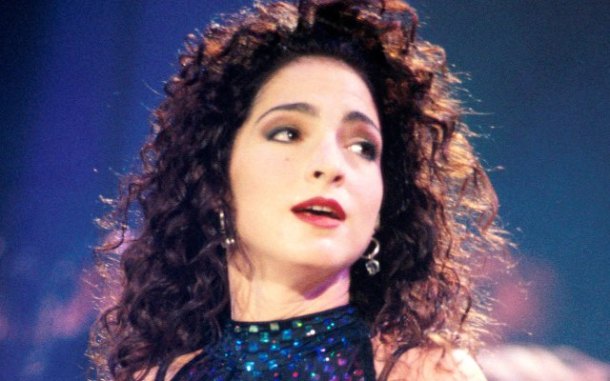 Reelz Channel’s series collision course focuses on how automobile, plane, and boat accidents have impacted––if not ended––the lives of celebrities. Tonight (10 PM EST/7 PM PST) marks the premiere of a new season, and it is a tale that is both suspenseful and inspiring. This episode examines the accident that nearly halted the career of Latin singer Gloria Estefan, and documents the struggles she faced in the aftermath of an accident that could’ve been so much worse.

In early 1990, Estefan’s career was definitely on the ascent. Over the last half decade she had made a name for herself what her long-running group the Miami Sound Machine, after a decade of hard work, crossed over into the mainstream with two groundbreaking, platnum–selling albums. As the group had always been a vehicle for Gloria, it was felt that it would be better to credit her next album as a solo release; a smart move, as Cuts Both Ways was an instant success that would go triple platinum in the United States. Because of the album’s overwhelming success, she found herself having to add additional touring dates to her already rigorous schedule.

On March 20, 1990, Gloria and her family were traveling across Pennsylvania to a performance in Syracuse, New York. As one would expect for winter, the roads were snowy but not impassable; outside of Scranton, Pennsylvania, they came upon a jackknifed eighteen wheeler. Although traffic had already begun to back up, a diesel driver driving behind them failed to stop in time and rammed the back of their bus, sending everyone on it throttling through the air. Gloria was slammed on her back, Breaking several vertebrae, and cracking her spine. Her husband Emilio and her son were also injured, but but walked away with very little injury––miraculous, considering her young son was in the back of the bus at the time.

Collision course documents the delicate care that surrounded dealing with Gloria in those critical minutes after the accident. A nearby off duty first responder showed up quickly, and instructed everyone to make sure she not be moved, as even the tiniest twist could be the difference between walking again and permanent paralysis. When the ambulance crew does arrive, they discover she is a very precarious state which is only made worse by the fact there is no way to enter the bus except through the broken front window, making her transport out a nerve-racking tight rope walk, especially considering the condition of her spine.

Once out of the bus, she was transported to a hospital in nearby Scranton, but it was soon discovered her injuries were far more dire for them to handle, so she was airlifted to New York City, where she undergoes that was something of an experimental surgical procedure that installed two metal rods alongside both sides of her spinal cord. Even with the procedure, no guarantee was made as to the extent of her healing; what would come next would require a lot of work and even more patience.

Collision Course reveals the rest of the story, one that is tempered with the deep love between Gloria and her husband Emilio, as well as patience and perseverance and determination not to let the injury or her doctor’s prognosis Bring her down. It is an inspirational story of someone fighting back, even when all hope seemed lost and patience was at its breaking point. That Gloria Estefan would regain her rightful throne as Queen of Latin pop isn’t the only miracle that took place over a very hard and challenging year, one that Collision Course shows could have been so much worse.