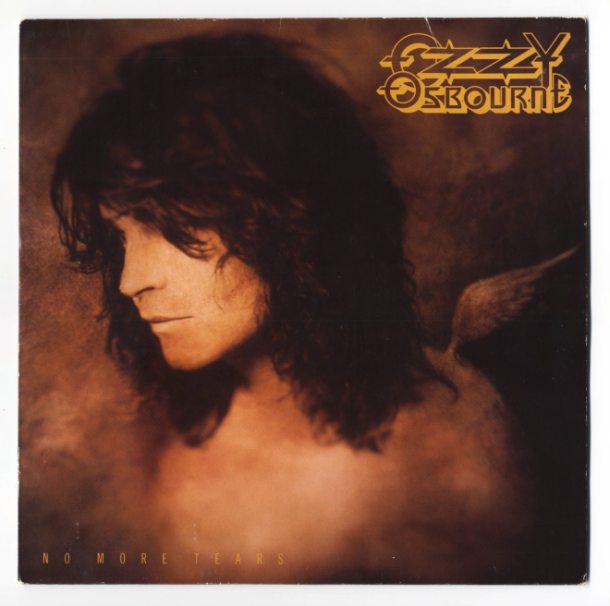 The reality of Ozzy Osbourne’s situation during the making of 1991 album No More Tears meant that very little was expected of this heavy metal legend. It’s understandable, too, when you consider the then-state of Ozzy’s life. In the throes of addiction, his personal life had fallen apart; his business dealings were in worse shape than his family life, which was tabloid fodder thanks to domestic abuse issues. To compound these problems, he was hounded by the tragedy of fan deaths that were blamed on his music, and cognizant of the forthcoming musical sea change coming provided enough evidence that Ozzy’s professional career was over. Osbourne seemed to sense it, too; as he began work on No More Tears, he would shortly announce that it would be his farewell album, and that the subsequent tour (called No More Tours), would be it.

Perhaps it was the assumption that he was making his last album that fueled Ozzy and company to compose some of Osbourne’s best work to date. In addition to his usual creative team, he enlisted Motorhead’s Lemmy Kilmister, who cowrote four songs. As for his lyrics, Osbourne’s contemporary troubles offered up a wealth of inspiration, making No More Tears the legendary heavy metal showman’s most personal, most autobiographical album to date.

It’s understandable, too. He has a lot of things to say about his persona, the trials and tribulations he had undergone, and, as one might expect, he is not a particularly happy man. “I Don’t Want To Change The World” and “Desire” provide a state of the union to the fanbase, while on “A.V.H.” he declares, “I’m running on a train I can’t control.” But it was the title track—a seven minute epic that is superficially about a serial killer, but the double entendre nature of the lyrics makes it feel like his most autobiographical number to date. It doesn’t hurt that guitarist Zakk Wylde is in fine form, offering up some of his best work with Osbourne as well.

No More Tears’ release was enveloped in with talk of retirement and perhaps it was a wise move to do so. Upon its release, the album would soar to the top of the charts, and the album’s lead single, “Mama, I’m Coming Home,” would not only be one of his most forthright, honest love songs, but it would also prove to be his most successful solo single.

Because of No More Tears’ surprise success, Ozzy’s retirement was a colossal failure—and the world was better for it.

Essential tracks: “Mama I’m Coming Home” is not only the album’s best number, it’s easily Ozzy’s most sincere love song. Lemmy co-write “Hellraiser” is an all-out attack of pure rock and roll. One should seek out the 2002 reissue, however, for the “Mama” b-side “Don’t Blame Me,” a potent rocker that finds Osbourne lashing out and directly addressing quite bluntly the controversies and misconceptions about him at the time.