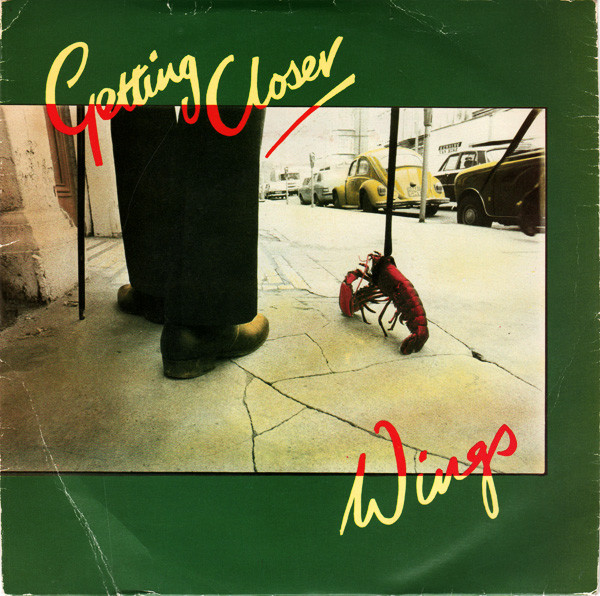 “Getting Closer” was the lead-off track from Wings’ final LP, the poorly received, terribly underrated Back To The Egg. Released in 1979, this new lineup of Wings was kicking against the punk/new wave/disco scenes with some of their best material yet; his brief UK tour found him with one of his most varied setlist up to that point, and things looked good. Then 1980 happened, a bad year for Paul all around; first, the Japanese drug bust that cost him the Japanese tour he’d fought for years; McCartney II, his experimental solo album, was met with harsh reviews, and then, the tragedy of December 8, 1980. Wind taken out of their sails, Paul quietly brought Wings to an end, and this wonderful album was quickly forgotten about.

Personally, I love the instrumental jam that closes out the song, and I like this video version—taken from the Back To The Egg TV special—as the intro is trippy and cool. With all of the negative associations associated with that album, here’s hoping that he does a rethink of his opinion about it.

Tagged as: 1979, 3AM Eternal, Macca May, Paul McCartney, Song of the Day, Three AM Eternal, Wings

« Life Is Far Too Fast: A Conversation With Mike McCartney
Gene Chandler: Duke Of Earl: The Gene Chandler Story 1961-1962 »