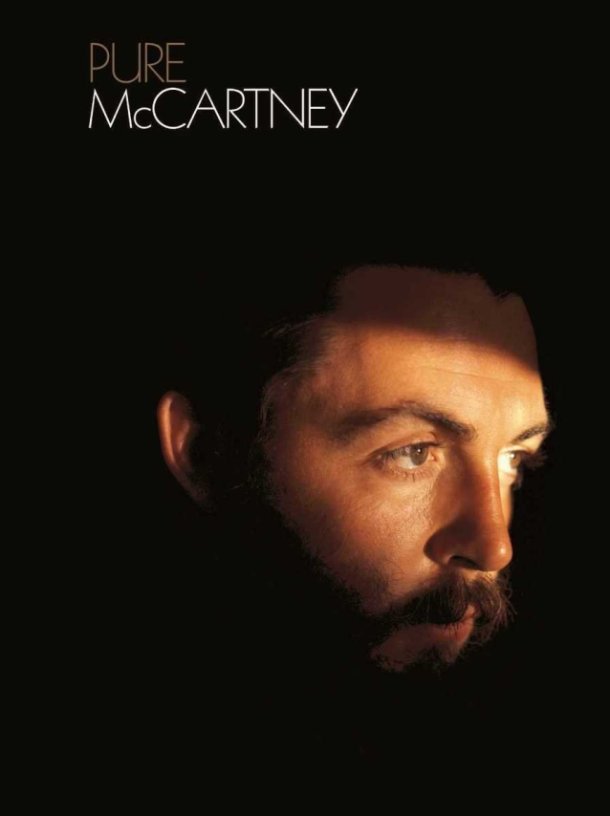 Summing up a singing career that spans nearly five decades is never going to be easy; between the limitations of the format, the rights to the material, and the fickle nature of fandom, coming up with something “satisfactory” is going to be a tough call. Witness Paul McCartney: to his credit, his long career has only ever had three worldwide Greatest Hits packages: Wings’ Greatest, from 1978; All The Best, from 1987, and Wingspan, from 2001. Pure McCartney covers nearly every album he’s released since leaving The Beatles, save for live albums and cover records. For the purposes of this review, we are reviewing the deluxe four-disc version; we feel that the two disc set, aimed at more casual listeners, is by design simply too brief of a collection, not radically different from Wingspan, and by no means a contender for a definitive statement.

Pure McCartney’s tracklist is split between the familiar and the lesser-known; there are no real “rarities” on offer here, save, perhaps, for 1984’s single, “We All Stand Together,” which was never released officially in the United States. What makes this compilation special is that it forgoes chronological order, deftly blending in album tracks and singles from his post Flowers In The Dirt era—the only studio album not represented here, due in part to its being the next in his Archival releases. Slipping in a song like “Beautiful Night” and “Flaming Pie” in between the big hits allows the listener to not only get an earful of what’s known to be Sir Paul’s best work, but it allows the listener to judge the song within the shadow of his biggest glories. Not surprisingly, many of these lesser-know numbers glisten and sparkle and hold their own within the company of illustrious, timeless classics.

For me, I sort of walked away from McCartney after Flowers In The Dirt, when he took to the road, becoming something of a nostalgic act, releasing albums as an afterthought to the gargantuan touring machine. So it’s nice to catch up with him, and hearing lovely newer songs like “Queenie Eye” and “Hope For The Future” shows that the man’s not lost his knack for writing a lovely pop number, while “Too Much Rain” and “Souvenir” shows that he still understands his influences and can put them to good use. “Little Willow” shows that he can bring the savage beast to tears; ostensibly a tribute to Ringo Starr’s first wife, Maureen, but one that would soon become an ode to his soon-to-pass Linda McCartney.

It won’t be until McCartney passes away that we will receive a fully comprehensive career retrospective—one that encompasses not only his subsequent work, but also his one-off projects, experiments, rarities, B-sides, unreleased material, material he no longer has a fondness for (Back To The Egg, for instance) and, yes, The Beatles. Until that time comes, Pure McCartney is an excellent, bare-bones examination of one of the greatest living songwriters of our time.