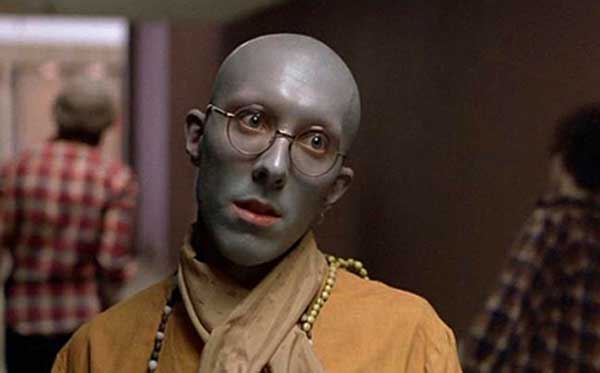 Confession time: I’m not a big fan of the horror/slasher genre. To me, there’s too much reliance on blood, gore, and violence. In my mind, what makes a distinguished horror film is the combination of psychological unease and the threats of the unknown. To wit: George Romero’s Dawn of the Dead. Though it does contain copious amounts of gore, Romero was a master of creating dark, disturbing, and bone-chilling scenes using simple lighting and camera angles. Yes, monsters and bloodbaths take place, but the emptiness of the mall in question, the uncertainty of the future, and the questions left unanswered (“What happened to make society devolve into this state of chaos?” “Even if the survivors survive this onslaught, what happens next?”) only add to the creepy factor. This equally creepy song by Deerhunter–wherein Bradford Cox pays tribute to his dead bandmate and best friend, Justin Bosworth–is used as the soundtrack to a summation of Dawn Of The Dead, and this fan video demonstrates quite wonderfully the masterful imagery and lighting found within the film. George Romero died yesterday, at the age of 77, as a result of lung cancer. RIP.

Hey! Did you enjoy reading this?  By dropping a buck or two into our Patreon tip jar, you can help us thrive, which means we’ll be able to offer you more great articles like the one you just read. Join us today!

Tagged as: Dawn Of The Dead, Deerhunter, George Romero, Obituary, RIP, Song of the Day

Categorised in: Farewell, Song Of The Day