Song Of The Day: The Waterboys, “Right Side Of Heartbreak (Wrong Side Of Love)” 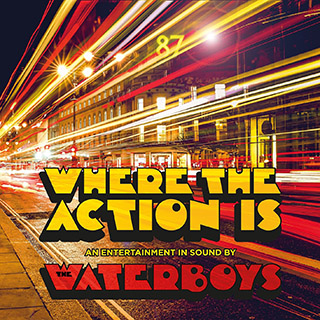 Admittedly, we haven’t kept up with the modern-day antics of Mike Scott and his band The Waterboys, but we like them enough to give them a listen whenever the opportunity arises. Considering how they bucked the conventional sounds of the day during the 1980s, it’s surprising that in 2019 they are embracing said sounds. With a gentle, late night mellow disco beat that reminds us of Hues Corporation and the Bee Gees‘ 1989 hit “One,” Scott speaks of love and heartbreak in a deep and knowing and wise voice that is oddly seductive. We were not sure of what to expect when we hit the play button, but we’re glad we did, and this makes us eager to hear more from their forthcoming album Where The Action Is, which is due in may via Cooking Vinyl..

Tagged as: 2019, Cooking Vinyl, Mike Scott, Song of the Day, The Waterboys

« Reelz Presents: Mariah: The Diva, The Drama
Song Of The Day: The Walker Brothers, “No Regrets” »