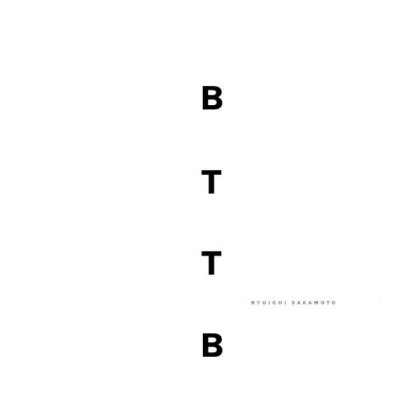 By the end of the 20thCentury, Ryuichi Sakamoto had spent the previous two decades composing and creating futuristic music and sounds, either with his group Yellow Magic Orchestra, as a solo performer, or with any number of collaborators. Yet as the year 2000 approached– –considered at the time to be the arrival of “the future”––Sakamoto decided to acknowledge this arrival by exploring music far removed from the futuristic, technologically advanced sounds he had become known for. He greeted the onset of future with BTTB, an album of stripped-down solo piano compositions that harkened back to the classical styles a century prior.

BTTB, which appropriately stands for “back to the basics,” does indeed live up to its name. For most of the sixteen tracks here—this edition featuring all recordings found on the various international editions—Sakamoto is in strictly classical form, with Debussy and Satie being obvious comparisons on tracks “Opus,” “Intermizzo,” and “Choral #1” and “Choral #2.” But it’s not all variations of “Gymnopédies” on BTTB, though; “Distant Echo” recalls the minimalist work of Brian Eno or Harold Budd, while there’s a note of Bill Evans in “Energy Flow” and “Snake Eyes” and Vince Guaraldi in “Tong Poo.” The three times Sakamoto breaks from the solo piano style are the only times BTTB falters; “Does Bacteria Sleep?” is an electronic drone that feels out of place, as does the experiments of “Prelude” and “Sonata.” While one could understand why such pieces would be inserted as a means to break the monotony of sound that the listener might develop, they ultimately feel out of place and break BTTB’s otherwise gentle and unhurried pace.

It isn’t surprising that this little sonic experiment was well-received upon release; his focusing on the past while staring into the rapidly approaching future was a timely one. Though for the prolific Sakamoto BTTB may be just a mere drip in the vast expanses of his discography, it’s easily one of his most beautiful, most sublime moments.