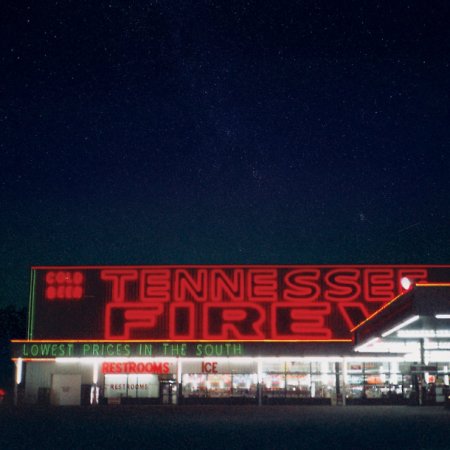 The rock and roll lore goes like this: a young musician named Jim James was flipping through a music magazine. He sees the advertisement of a young independent record label called Darla Records, and he thinks they look like charming, nice people. He prepares a demo tape of his new project My Morning Jacket, wraps it up like a Valentine’s card, and he mails it to the California address, with no real expectations. A few weeks later, the label owners happen upon his tape, are charmed by its innocence, and give it a listen—only to instantly fall in love with it. It’s not just a great story, but it’s also a wonderfully inauspicious beginning to one of the best bands of the last twenty years. The album that resulted from that meeting, The Tennessee Fire, turned twenty this year, and Darla Records fêted that anniversary with an expanded edition of said record.

When considering the whole of the My Morning Jacket discography, the best adjective to describe The Tennessee Fire is tentative. James—who had been primarily in rock bands up to this point—had started playing around with writing softer, acoustic numbers, and his growing interest in the style led to him develop a cache of numbers that he would subsequently record in a makeshift garage studio. While the results might not have been ideal for most recording artists, James and company turned it into a virtue—and a most rewarding one at that. The dank atmosphere, the reverb and the rawness of the tape became a defining element of the My Morning Jacket style. For The Tennessee Fire, it’s clear they’ve not yet realized that these things could be used as a tool—they’re merely the reality of the situation for a young, poor band from Louisville, Kentucky that’s making do with what they have.

That’s not to say that The Tennessee Fire doesn’t have its moments—on the whole, it has the hushed, charming feel of a demo tape. The sixteen tracks are short and concise, shuffling between gentle acoustic country-rock a la Neil Young (“Old Sept Blues,” “Picture Of You,” “They Ran”) to more up-tempo Southern rock (“Evelyn Is Not Real,” “The Bear,” “The Dark”), all of which highlighted by James’ angelic singing voice. It’s a testament to the band’s sense of self that the only songs featured here that were recorded in a proper studio quickly became standards that are still in circulation to date. It’s as if they recognized the greatness of the material and wanted to present them in the best possible way. The early versions on the second disc of bonus material shows that even if the songs hadn’t been properly recorded, theystillwould have been classics. (The material on the second disc merely offers early, rough versions of the album tracks, as well as a handful of very rough demos and unreleased material that’s probably best enjoyed by the more hardcore MMJ fan.)

The Tennessee Fire is an auspicious debut, but it started the ball rolling. Surprisingly, the album was quite successful in the Nordic and Benelux regions of Europe, prompting the band to mature quite quickly. Mature they did; their follow-up, At Dawn, was a critical success and found the group much stronger and much more confident in their abilities, which in turn found them becoming a touring machine that quickly turned them into one of the best live bands of the new millennium.  At the time, The Tennessee Fire might not have been a particularly earth-shaking debut, but in retrospect, one can hear the percolations of almost everything that would make My Morning Jacket so beloved.