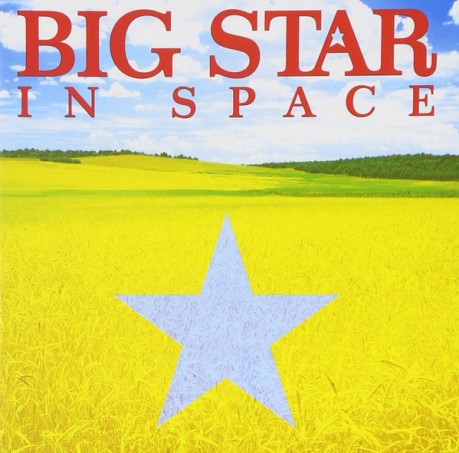 It’s hard, following up on a career that didn’t work out the first time, only to become revered decades after your efforts didn’t pan out. Expectations are going to be high, as now one has to be mindful of both past and present, and considerations such as artistic growth and experimentation can make or break a reunion. You want to make something the audience would love, but you have to also be able to be happy with the work you’ve made, and you want to make it for the right reasons.

Before it was even released, Big Star’s In Space had to bear a hell of a lot of expectations. Since the band disbanded in the late 1970s after three poorly received but since critically lauded albums, mastermind Alex Chilton developed a love/hate relationship with this era. It was a shock, then, that the band reunited in the early 1990s, featuring Ken Stringfellow and Jon Auer filling in for the departed Chris Bell and the not-participating Andy Hummel. Considering that The Posies’ sound is indelibly influenced by Big Star, the selection of the duo was inspired, and it showed; recordings of the band sound exactly like the band of yore, and one could pair then-recent live tracks with the rare live tracks from the mid 70s, and one wouldn’t be the wiser.

But new material? A much more complicated affair. Working quite hard to recreate the same conditions that Big Star’s earlier records were made—recorded in Ardent Studio, recorded to tape in as close to a live setting as possible—it would seem that Big Star was going to try to repeat the formula. Of course, some things couldn’t be reproduced; now middle-aged, Chilton could only echo the post-teenage angst and dread that struck a chord in listeners old and new. Chris Bell was gone, too; a key component, he left in the middle of the band’s existence, and the material without him didn’t quite rise to the same levels—not bad, of course, but different.

In Space, released in 2005, didn’t quite feel right. Perhaps because the anticipation delivered equal parts unrealistic hope and unsurprising hype—and perhaps because of a Posies reunion album ill-advisedly appearing at virtually the same time—In Space didn’t add much to the band’s legacy. Some accused the album of being a Posies album with Alex Chilton on vocals—fair play, especially considering that band’s Every Kind Of Light sounds fungible with In Space. It also can’t be ignored that Chilton was a man who was ambivalent—at best—about Big Star and his past and his disappointments, and he was also a contrarian who had no problem in giving the audience exactly the opposite of what they wanted. (Yours truly once watched Chilton go into what one might diplomatically call a celebrity meltdown at a Box Tops meet and greet, when some poor fan offered up a copy of Radio City for him to sign, resulting in a shocked and hurt fan getting a dressing down from Alex that was both unforgettable and unforgivable, an incident that soiled Chilton’s reputation in this writer’s eyes.)

Yet separate the Big Star name from In Space, and what you’ve got is a pretty damn good Alex Chilton record. Stringfellow and Auer had already proven their worth as live members, and the songwriting here is top-notch as well. The Sixties are alive and well here; the Beach Boys referencing “Turn My Back In The Sun” and the very Beatlesque “Mine Exclusively,” “Makeover,” and “Best Chance” are quite lovely. “A Whole New Thing,” “Hung Up On The Sun,” and “Do You Wanna Make It” channel the soulful rock of Chilton’s Box Tops. Then there’s the out-and-out Motown funk of “Love Revolution,” a nearly six minute jam complete with horn section that is charming to listen to, even as it’s quite clunky in places and feels quite ramshackle; if it were a car, you’d expect it to fall apart at any minute. The only clunker here is a classical piece, “Aria, Largo,” written by obscure 17thcentury composer Georg Muffat that Chilton made the band record at its first session as something of a prank. Funny joke it may have been at the time, but it’s a bit of a drag on an otherwise fun record.

Perhaps it was foolish to think Chilton could replicate the existentialist confusion and post-adolescence angst that has made Big Star an essential band. Perhaps In Space was Chilton doing something he rarely did—give his audience what they wanted, for better or worse, as if to say, here’s that new damn Big Star record you wanted, take it or leave it. But In Space shouldn’t be compared to its predecessors, nor should it be considered a disappointment, either; it’s a strange little record from a brilliant mind and his band of super-talented music-makers that holds up well after fifteen years.

« Pull Up A Chair For A Spoken Gem: A Conversation With Sean O’Hagan
EXCLUSIVE FIRST LISTEN: Uncle Walt’s Band, “She’ll Be There” »