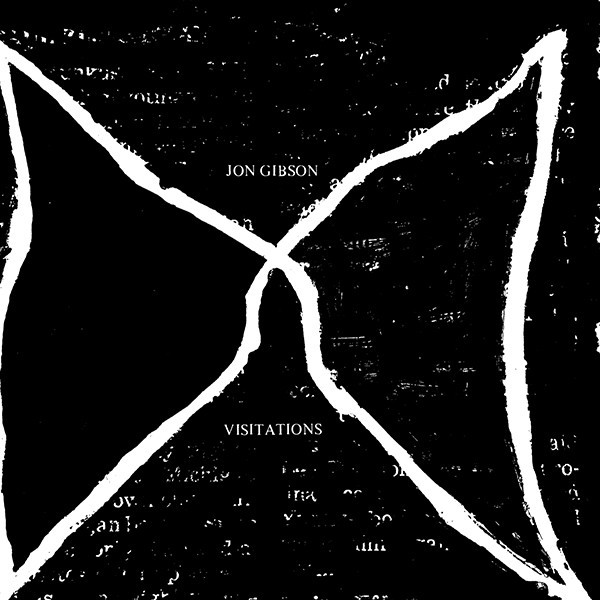 Jon Gibson has had a very interesting career. He’s worked on a handful of important, foundational works of Twentieth Century experimental music, including Terry Riley’s In C and Philip Glass’ Einstein On The Beach., as well as building up an impressive discography of his own. Gibson’s solo career begins here, with 1973’s Visitations, which has seen its first-ever vinyl reissue.

Visitations is a forty-three minute suite of electronic ambiance, and it is dark. When one considers the term “visitations” while listening to Gibson’s piece, it’s not hard to think of the word in terms of extraterrestrial contact. It’s not too far-fetched a connotation, either. Quiet, hushed, and sometimes dropping out of aural range, Visitations evokes the feeling that someone, something is watching you. It bubbles and gurgles with drones, atmospheric conditions that are dense and impenetrable, with the occasional sounds of an unidentified sort floating in and out. Is that the wind you hear, or is it something more? Is something lurking out there, or is it just your imagination? Do you feel the stare and the glare of something evil circling you?

Yet in spite of its heaviness and unsettling mood, Visitations is quite compelling. One journey through it may be disturbing, but like a haunted house or a horror movie, after the initial fear subsides, you find yourself wanting to dive back in, to see if you missed something—or simply to try and figure out just what the hell it is that’s in there.