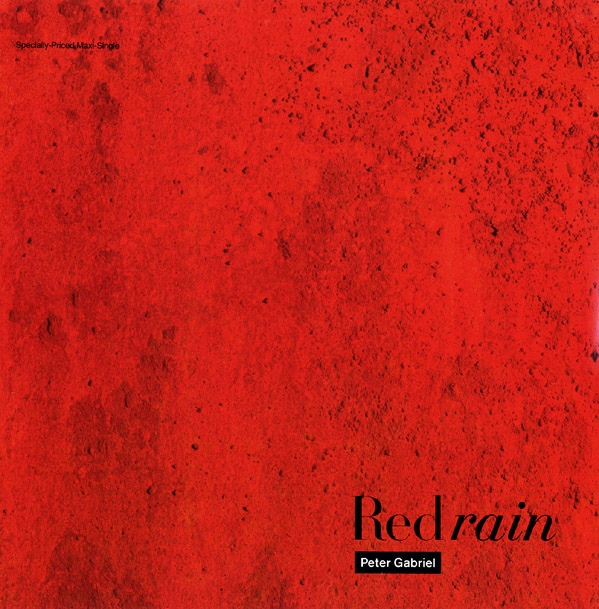 So was the one of the biggest, most popular albums of the 1980s, and for good reason; Peter Gabriel is a music-making wizard, able to do what seemingly no one else can do. He has the ability to make a pop (or rock, depending on how you classify these things) song that is technically innovative, musically complex, and easy on the ears—as well as visually appealing.  Just consider the videos of two songs from So, “Big Time” and “Sledgehammer.” If you’re of a certain age, you can recall them instantly.

“Red Rain” opened that smash album, and while it wasn’t nearly as big of a hit as the album’s other singles, it’s still a wonderful ballad, complete with world music percussive instrumentation you might have otherwise missed. Listen close, though, for the song’s understated groove; once you find it, you’ll never hear the song without it. “Red Rain” is an ace number that often gets overlooked thanks to the greatness of the rest of So, but don’t let it fool you; this is Peter Gabriel at his prime.