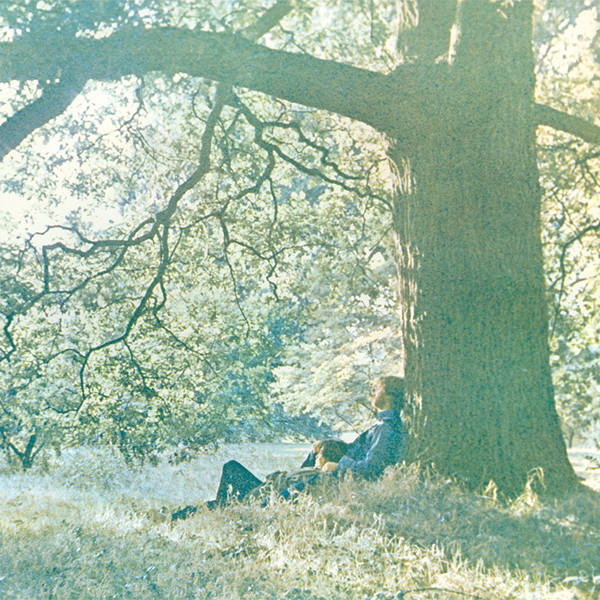 With the end of The Beatles, its four members were now free to pursue solo careers, but each one of them entered into that phase facing a unique barrier. Paul McCartney was in a depressive state as a result of the forthcoming legal battles, the poor reception of his debut album, and the mounting blame he faced for breaking up the band. George Harrison had promise, but he’d never delivered more than one or two songs at a time, and with his interest in Indian music and Krishna consciousness, who knew what he’d do. Ringo Starr, seen as hapless, slightly untalented as a singer, and not a songwriter at all, seemed destined to fade away.

John Lennon—and Yoko Ono, by extension—were in the darkest place of all. They had been subjected to drug busts and negative press thanks to their comical but well-meaning antics, and they faced a hostile press and public who seemed content in indulging in racism and sexism towards Yoko, who received the majority of the blame for breaking up the Beatles. It was a lot to bear, a burden of hate and animosity thrust upon them for their love. It didn’t help that Ono was in the midst of a custody battle for her daughter Kyoko, while simultaneously suffering from numerous miscarriages. Little surprise, then, that both turned to heroin to escape their pain.

Sanity, however, soon prevailed. Yoko and John soon realized they were on a downward spiral; their drug addiction would make her custody battle infinitely worse, they set about to cleanse themselves. They consulted controversial psychiatrist Arthur Janov, author of The Primal Scream, and the inventor of the “primal method.” In this therapy, its practitioners were to reduce themselves to their most primal state, letting go of emotions via yelling, writhing on the floor, screaming, beating on inanimate objects, and crying. These intense sessions were seen as a necessary release of emotions required before dealing with root causes and the issues at hand, as the guttural reaction was seen as conducive to a post-session calm and serenity conducive to reflection and healing. Once emotion had been removed, it was posited, rationality and reason would rise to the surface, and the therapist and patient could proceed.

It certainly proved inspirational for Lennon and Ono. For John, it inspired him to write some of his most personal and most reflective work of his career. For Yoko, it inspired her to delve deeper into her experimental musical style, as it didn’t hurt that the hetai vocal style she favored echoed the Primal Scream method. Both of them would enter the studios in September 1970, each recording what would be their proper studio solo albums–both entitled Plastic Ono Band-– which would be released simultaneously on December 11, featuring identical front covers of them sitting under a tree (Yoko’s album features her leaning on John; his, vice versa), and back covers featuring a childhood photo.) While Lennon’s album featured stark, stripped down arrangements with a minimal accompaniment—Ringo Starr on Drums, Klaus Voormann on bass—Yoko’s album was a much heavier, more intense musical experience utilizing the same backing band. “

“Why” opens the album, and it sets the gamut for the rest of the record; it’s uncompromising, intense, and undeniably heavy, with Yoko’s passionate in-your-face vocals asking the simple question, “why?” It’s cathartic as hell, considering the past two years of their relationship and the hardships she had faced. It’s also quite polarizing; you either get it, or you’re revulsed. I’ve never seen a blasé reaction. But it’s also worth noting that the band is laying down some rather infectious grooves; it’s a pure rocker, and this is rock and roll in its rawest form. The following track, “Why Not,” offers a cool-down, and literally so; it’s a slow, lackadaisical blues number that is almost more instrumental, with Yoko’s singing being thin and ethereal.  Side one ends with “Greenfield Morning I Pushed An Empty Baby Carriage All Over The City,” which almost qualifies as a Beatles reunion. Built around loops of a tape of George Harrison playing sitar, Starr and Lennon add drums and guitar, and together the band again offers up a slinky, seductive groove, and Yoko’s singing is amazingly on-point. Abstract it may be, but it all works, and it works wonderfully.

Side two begins with “AOS,” an archival live performance from 1968, featuring experimental jazz pioneers Ornette Coleman and Charlie Haden. It’s an exercise in minimalism, to be sure, with Ono offering up orgasmic vocalizing over a very faint musical accompaniment. Though the performance isn’t particularly compelling—at times a member of the audience’s coughing is more prominent—it does lay down her experimental music bona fides quite nicely. “Touch Me” and “Paper Shoes,” the final two tracks here, are of a piece; ghostly vocals over rock grooves. They’re interchangeable, really, and segue nicely into each other. The bonus tracks, however, offer more; “Open Your Box” is a sexually liberated rocker, and controversial, too; Capitol Records refused it as the b-side to “Power To The People,” opting for “Touch Me.” “Something More Abstract” is a humorous bit of studio tape that leads into an extended version of “Why” that features John participating on vocals and a rough sketch of Yoko’s singing. It’s considerably longer than the album version, but it doesn’t quite match the spark of the version that opens the album. (Though it’s an extended version, I’m not quite sure it’s the full version of the album cut, which opens dramatically mid-performance.) “The South Wind,” which closes the reissue, is a sixteen minute recording, and it is rough and raw, but it feels more like a rehearsal piece, with Yoko interjecting vocalizations over John’s acoustic guitar.

Yoko Ono/Plastic Ono Band was a fantastic debut album, as it showed Yoko as a proper musician in her own right. Though it might not have been lauded at the time—it was almost universally panned, with critics stating it was just her piggybacking off of her famous husband’s stunning solo debut—it is now seen as an important work in the world of experimental music, an intense, uncompromising album of raw emotion, compelling groove, offering up a catharsis-as-art concept that would quietly and subversively inspire music for the better.

« Song Of The Day: Cluster, “Zum Wohl”
The Emerald Down: Scream The Sound (Saint Marie) »