Song Of The Day: The Allman Brothers, “Whipping Post” 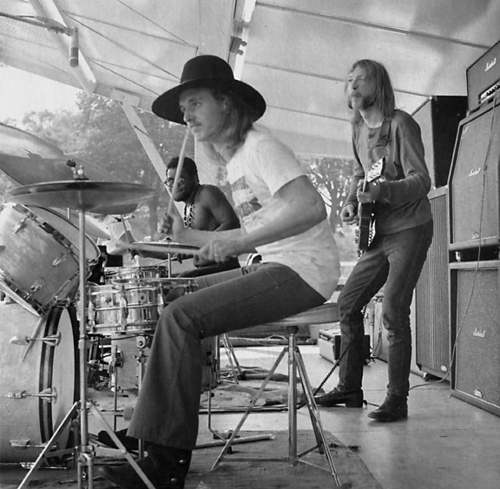 We were saddened to learn of the death of The Allman Brothers‘ drummer and founding member Butch Trucks, who passed away at the age of 69. His was a lifelong devotion to the band he formed in 1969 with his friends Gregg and Duane Allman, as well as guitarist Dickie Betts, bassist Berry Oakley, and drummer Jaimoe. They pioneered rock, helping to invent Southern Rock–a logical progression from the Blues in the rock era–as well as Hard Rock, thanks to their innovative duel-kit percussion section. Throughout early tragedies–two of the founding members would be dead within five years of its formation–and dramas and feuds both petty and significant–Trucks remained true, a steady rock at the back of the stage, quietly being one of the best drummers in rock and roll history. There are literally hundreds of recordings that one could find to show of Trucks’ potent style, but I like this one–nearly twelve minutes of pure, unadulterated blues ROCK.

Categorised in: Farewell, Song Of The Day