Song Of The Day: Girlschool, “Burning In The Heat” 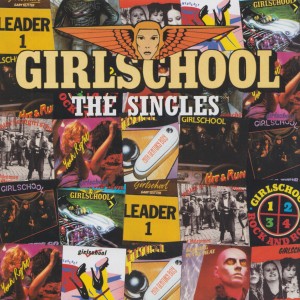 What better way to kick off a weekend (and to conclude an unplanned happy accident SOTD weather related theme week) than with some truly righteous heavy metal? Girlschool came from the same universe that created Motörhead, and in many ways felt like that band’s badass twin sister. They obviously felt the same way, as the two bands would not only tour but would also record together. Furthermore, they are still very much an active band, touring and recording on a regular basis, and with most of their original members to boot! Lemon Records recently re-pressed they’re out of print 2007 collection, The Singles,  and while nearly every track on that set is a scorcher, we’re going with 1983 single “Burning In The Heat,” taken from their album Play Dirty.  Metal never got any hotter, and this is Girlschool at their peak and at their very best.