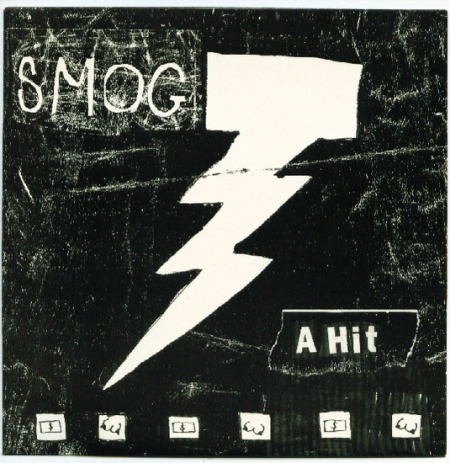 In 1994, Drag City released this little slab of vinyl from the lo-fi troubadour Bill Callahan. Though he had already released two albums and a handful of singles, it was “A Hit” that garnered him the world’s notice.

It’s not hard to understand why this song quickly became popular in the underground. Callahan’s dour, low-self esteem style is tempered with self-effacing humor, all while making a pointed commentary about the making of music. Rumor has it that the opening line “It’s not gonna be a hit, so why even bother with it?” was an actual quote said to him by a studio owner during one of his sessions. “I’ll never be a rock and roll saint,” he declares, and it’s the line “I’ll never be a Bowie, I’ll never be an Eno/I’ll only ever be a Gary Numan” that sealed this song’s underground hit status.

For me, the b-side is what made this record special. It’s a sad, bluesy number, and it features the singing debut of one miss Cindy Dall. Cindy was a regular member of the early Smog lineup, as well as a artistic contributor to the magazine Rollerderby. Cindy would record a few more songs with Smog before striking out on her own as Untitled. She released two solo albums, both essential listens. Sadly, Dall passed away in 2012, and this song was played repeatedly after her death.