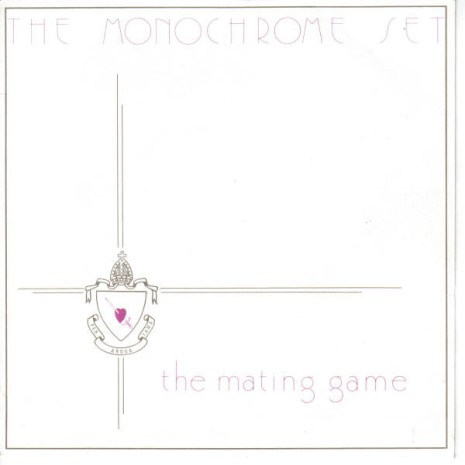 When you’re young and jittery and unsure and teenaged  and dorky and fidgety about the opposite sex and you’re shy about sharing your feelings with your peers because you know your peers are vicious little bastards who simply cannot be trusted to hold your secrets in confidence, you seek out solace wherever you can.  For this scruffy, hairy, chubby and weird little teenager, such release came in the form of a clever song from 1982. I happened upon this single when I was fifteen, in a record store in College Station while on a UIL trip, and it was perfect. It is simply a litany of sexual sounds utilizing the wonderfully clever  literary device known as onomatopoeia, sounding positively Seussian  in a way that would impress both Lewis Carroll and John Lennon. It doesn’t hurt that front man Bid has a sweet, choirboy–like voice and that the melody is light and fluffy and delectable.  Someone at the store had written a description that said, “What They Might Be Giants might sound like if they could get a date.”   Sold! When I listened to it for the first time, it sounded so weird to my ears,  but it only made me want to listen to it more. Because it was an import it cost me about a dollar more, but I didn’t care; this loveless, awkward, hormone–overloaded weirdo found a friend, an ally, someone who understood. Worth every penny.

The b-side, however, never got a lot of play, simply because I didn’t understand it at the time. “J.D.H.A.N.E.Y.” sounded cool––imagine a Brian Wilson song circa 1964, with a little bit of a doo-wop swing to it. Bid then launches into a catchy song about someone with that name, a tribute to a friend. I had no idea it was a song of love to the band’s former drummer, John Haney, who left the group on amicable terms at a time when the band had fractured. I couldn’t appreciate the meta commentary at the time, but now that I’m older I can appreciate the sweetness of the sentiment.

“The Mating Game” is absolutely timeless; it is as true today as it was back then, and it still sounds fresh and delectable and as bright as the day it was released. It’s become one of the band’s signature songs, and the group––which began in the first wave of British punk–still is going strong today, and this song remains one of their live set’s standards.