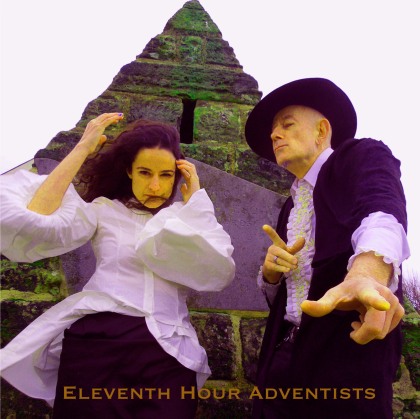 Eleventh Hour Adventists is the new project from first generation post-punk veteran Jowe Head (Swell Maps, Television Personalities) and vocalist/multi-instrumentalist Jasmine Pender. Their self-titled debut album is a dark, mysterious, unsettling affair; nominally can it be called “folk,” but it leans towards the dismal gothic blues side, a la Mute Records circa 1987. (It reminded us most of Rowland S. Howard’s fantastic band These Immortal Souls, with a touch of Anita Lane for good measure, in case such comparisons are necessary.) We were immediately struck by “Wonder Blunts The Knife,” and we’re sure you will be, too.