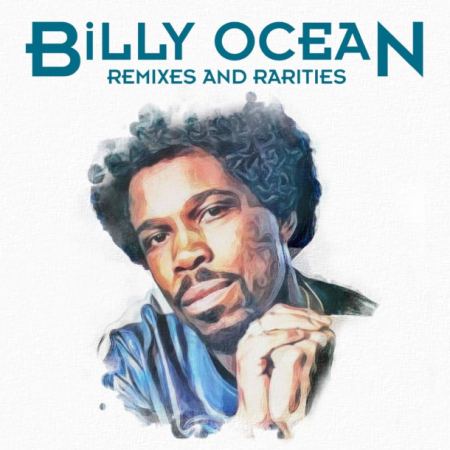 If I had to name one artist whose music instantly reminds me of the summers of my youth, it would be Billy Ocean. The Trinidadian musician came to prominence in the United States with his smash hit album, Suddenly, which featured the ubiquitous “Caribbean Queen (No More Love On The Run).” It was an undeniable hit; with a disco groove and Ocean’s smooth vocals, it perfectly captures the feel of a carefree romantic summer night on the beach. It would start a run of equally catchy pop songs that rode the top of the charts for the rest of the decade. Cherry Pop’s latest edition in its Remixes And Rarities offers up a two-disc dive into the career of Ocean.

With the catchy disco/pop nature of Ocean’s music, it’s not surprising that his hits were reworked for the club setting. Curiously enough, his most signature hit, “Caribbean Queen,” was released in versions that replaced “Caribbean” with “European” and “African.” Ultimately, these reconfigurations for regional releases are a bizarre curiosity, and are interesting variations, yet neither reached the heights of “Caribbean Queen.” Furthermore, his songs worked well being expanded and lengthened for a dance floor groove. “When The Going Gets Tough, The Tough Get Going,” from the film Jewel Of The Nile, sounds great in the three iterations found here, and “Get Out Of My Dreams, Get Into My Car” still thrills and excites three decades on.

But it’s on the lesser-remembered numbers where Remixes And Rarities truly shines. The final singles of his major label career, 1993’s “Pressure” and “Pick Up The Pieces (Put It Back),” might not have been commercial successes, but they show that Ocean was quite capable of transitioning into the more European house/techno styles that were coming into fashion in mainstream pop, while “License To Chill” shows him excelling with a New Jack Swing beat. Yet the best number here isn’t one of his hits, but a song that stems from the era before he was a success. 1980’s “American Hearts” is pure groove, an irresistible dance number that deftly hides the heartbreaking story of love gone wrong. It was a promising number at the time—even though Air Supply recorded a tame, mediocre version of it—and showed that Ocean was a talent worth watching. Coincidentally, the only truly weak number on Remixes And Rarities is “Are You Ready,” his follow-up single that’s a rather blatant rewrite of Michael Jackson’s “Don’t Stop ‘Til You Get Enough.” It’s lovely enough, but it’s surprisingly generic, and the similarities definitely detract.

Thankfully, Ocean didn’t make that mistake again, and he confidently lived up to the early promise—and, thankfully, after a decade and a half hiatus, he has returned to releasing music and performing, with a new album slated for release soon. In the interim, Remixes And Rarities offers up a fine alternate look at one of the premiere talents of the 1980s, and is a collection of enjoyable variants of some of the best music of the decade.