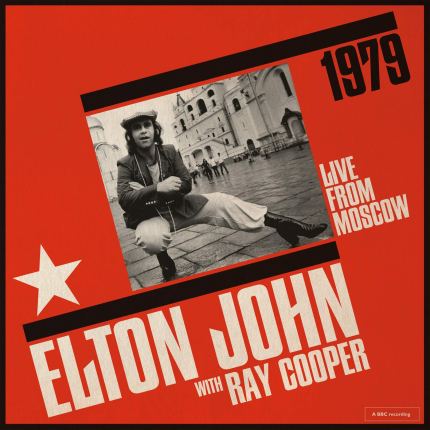 In May 1979, Elton John traveled to Russia to perform a series of concerts. These shows truly were solo;  John brought only percussionist Ray Cooper to assist him. It was a historical moment; no major Western rock star had performed in the Soviet Union. Additionally, the BBC and Soviet radio jointly broadcast the final show, the first time a simulcast between east and west had occurred. That live appearance has been bootlegged for the past 40 years, and is now released properly for the first time.

It’s a fantastic show; just listen to the gorgeous seven-minute version of “Rocket Man.” Alone on piano it sounds fantastic, but it’s the extended vamping at the end that really make it special.  The Seventies had been good to Elton John, and this show was a perfect summation of that decade, as well as a career-defining appearance that will easily go down as one of his greatest moments.