EXCLUSIVE VIDEO PREMIERE: Even As We Speak, “Unknown” 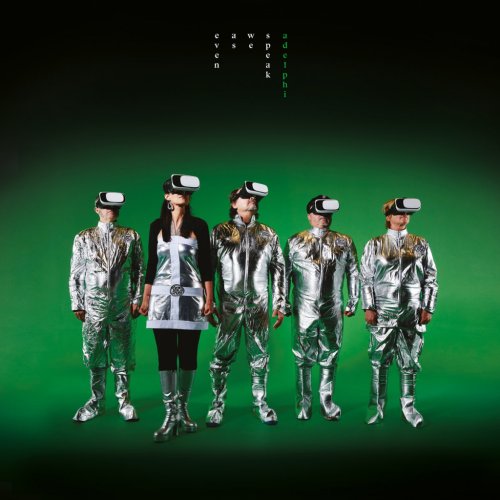 Sarah Records produced many talented and legendary bands, but none shone with as much promise as Australia’s Even As We Speak. They produced a feral pop frenzy, and garnered critical acclaim for their efforts. In fact, had Sarah been more commercially-minded, the potential for the band to break seems likely. But that’s the past and this is the present; like so many Sarah bands, they came to a close when the label shuttered. Jump forward to 2016, and the band surprised everyone by reforming to celebrate their 30th anniversary.  More reissues of their back catalogue appeared, as well as a well-received appearance on a Sarah Records package tour.

Jump to 2020, and the next logical step has taken place: the reunion album. Adelphi, due this July via Shelflife Records, offers a fine return to form. We are proud to share with you the video for their new single, “Unknown.” It’s a trippy yet beautiful head trip for a song that is rather dark, as members Rob Irwin and Matthew Love describes below.  Enjoy!

Preorder Even As We Speak Adelphi: Bandcamp

Matt on the song

The song Unknown is in the first instance a confrontation with the inevitability of death, however, with that comes the question-how did I live? Death is a journey we take alone to an Unknown destination, but in life, what did I stand for, will you remember me, and will there be any trace of the love I have given? It is not a song for sunlit afternoons.

Rob on making the video

The video opens with the strange co-mingling of two liquids – blood and water, the two essentials for life. The band is shown amidst a tangle of light trails – nebulae or the electric pathways created by billions of neurons and synapses inside the brain. Is our reality determined by our place in the universe, or do we exist only in the reality inside our heads? Is love real or just a chemical reaction? What happens to our memories when we die? The answers of course are Unknown.