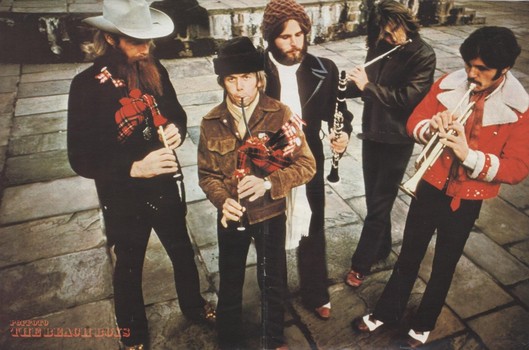 It’s Friday, y’all. Payday! This outtake proves the long-standing theory that The Beach Boys were often the worst judge of their own material, this jewel being shoved in the vaults, and then rewritten as “Marcella” for Carl And The Passions: So Tough. Still, it’s a very catchy song, and if you’re not careful, it’ll ear-worm you into several repeats!

« Bis: I Love Bis (Do Yourself In Records)
Super Furry Animals Mwng (Domino) »