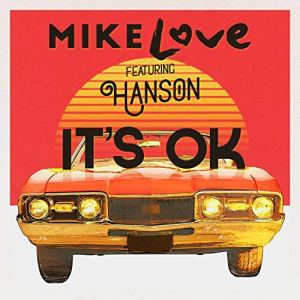 Beach Boys front man Mike Love joining up with the the sibling pop trio Hanson? Talk about a collaboration that is well overdue! It’s a long overdue, because the three brothers from Oklahoma have always possess a killer three part harmony style rivaled only by Mike Love’s cousins, the Wilson brothers. Even though the song itself is always been a lesser number––it was one of the first songs the band released and recorded after their surprising mid-1970s rebirth as a touring band based upon their past glory. Released on her album 15 Big Ones, it was an admirable attempt for them to write a song that sounded like the glory days. Even though this re-recorded version doesn’t change the song’s merely okay status, having the Hanson Brothers (and Beach Boy Bruce Johnston) in to help out makes for an exciting, enjoyable listen, and it is nice to hear Love backed by a group of brothers who can really hit that sibling harmony sweet note.