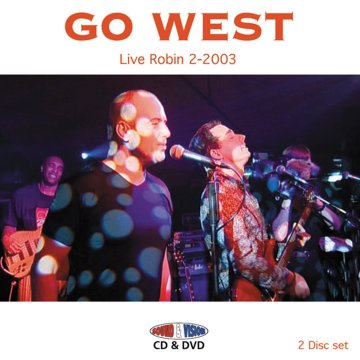 Go West, the British pop/soul duo of vocalist Peter Cox and multi-instrumentalist Richard Drummie, dominated the European charts in 1985 with their self-titled debut album, thanks to excellent singles “we Close Our Eyes,” “Don’t Look Down,” and “Call Me.” Miscast as a new wave/dance band, the duo’s roots were in more traditional pop and soul, and their second album, 1987’s Dancing On The Couch, would attempt to realign their image and sound to be more true to themselves. Sadly, it didn’t work; a good album, to be sure, but one that was ignored by the listeners and neglected by their record label, even though, oddly, a rerecorded version of “Don’t Look Down” would become a minor hit in America. Their fortune changed, however, with their song “King Of Wishful Thinking,” which appeared in the opening credits of Pretty Woman; based on the success of the soundtrack and the film, it would become an international hit. By the time of their third album, 1992’s Indian Summer, the duo was worn out, and the duo went on an indefinite hiatus, while Cox pursued a solo career.

Live Robin 2-2003, a CD/DVD set, captures the band in a small, intimate setting during a reunion show. Unlike many bands of the era, it’s obvious that Go West was a real band; Cox singing with a passion and a strength that wasn’t enhanced by computer and studio trickery. This set is heavily Go West specific; eight of the nine songs are performed here, with single “Call Me” and album cut “Innocence” being highlights of the set. Though Dancing is largely ignored, their take of “True Colors” is excellent, and worthy of inclusion. “Faithful,” the band’s final major single, shows that by the end of their run, they had escaped the new wave pop ghetto they were regulated to, and were making fine soul music. Two new songs, “Glow” and “All Day, All Night,” are fresh and fit in nicely with the classics, though it would be several years before they would see official release. Then there’s “King Of Wishful Thinking,” which is partially sung by the loving, appreciative audience, a perfect conclusion to a great night of reminiscing through the band’s superior catalogue.

The DVD portion of this set (previously released in 2004 as King Of Wishful Thinking) offers the show in its entirety, and you can see how fun the band is having onstage. There’s also an excellent, career-spanning interview between the Cox and Drummie, and it’s obvious of the love and the bond the two of them have as they regale with humor and honesty about the ups and downs of their career.   It’s an enlightening coda to an excellent reunion show, and makes this live disc a must-have for the Go West fan, as well as a nice introduction for the curious.