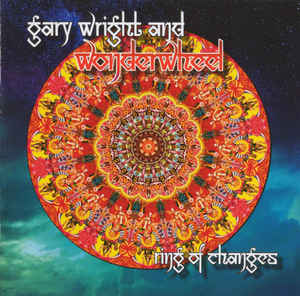 English keyboardist Gary Wright began his career as songwriter and vocalist for the band Spooky Tooth. Their music offered an amalgam of blues rock and hard rock,resulting in an enjoyable, compelling form of progressive rock that was quickly gaining the band a wider audience. But a bizarre business decision—releasing a collaborative (and disliked)  one-off project with French experimental composer Pierre Henry and promoting it as the band’s third album—wound up fracturing the band, with Wright leaving the group in 1970 to start a solo career.

Thankfully, Wright’s work with Spooky Tooth had impressed a few important people, most notably ex-Beatle George Harrison, who invited him to participate in the recording of All Things Must Pass. His involvement would lead to a friendship that would last for the rest of Harrison’s life, and he would make associations that would help start his solo career with two fine albums, Footprints and Gary Wright’s Extractions. To promote the records, he formed a live band and dubbed them Wonderwheel. Wright quickly realized his band–which featured Spooky Tooth guitarist Mick Jones–had a special chemistry, and he began working on his third album with them.

The new material came together quickly, and it sounded great, too. The band could throw down some heavy blues rock grooves (“Lovetaker,” “Workin’ On A River”), while putting down some delicate ballads (“Creation,” “Wild Bird”). Wright was in excellent form, as the band came up with material that rivaled Derek & The Dominoes, Bad Company, and The Allman Brothers in terms of intensity and quality. George Harrison arranged for them to work in the famed Apple Records studio on Savile Row. The album they recorded, Ring Of Changes, was to be one of only a few records to be fully created there. Harrison would even step in for a guest appearance on a few numbers; that’s his slide guitar on “Goodbye Sunday.”  The album complete, Wright presented it to A&M, who made plans to release the album. They would release a non-album single, “I Know,” to promote the forthcoming record. Unfortunately for Wright, the single flopped, and the album was quietly and unceremoniously shelved.

So why did Ring Of Changes go unreleased? That’s a good question, and one with no clear answer. Superficially, A&M weren’t interested. His two previous solo albums flopped, in spite of their all-star cast, and as good as Ring Of Changes might have been, the label had lost confidence in him, and it didn’t help that the record simply sounded too contemporary for its era. This last point is important, for even though it’s strong blues-rock, it’s not particularly distinctive blues rock, and a label has to recoup on its investment. Wright had simply struck out twice, and A&M wasn’t going to give him a third chance.

Is that fair?  Fairness has nothing to do with it; it’s business. Wright himself didn’t put up much of a fight with the decision; it only added to his self-doubt. He would return to his old band, Spooky Tooth, convinced his solo days were over—absurd, because he would soon have an international hit with his classic number, “Dream Weaver,” as well as a long, storied career as  solo act and as a studio musician. Yet the doubts  about Wondewheel remained; he had some trepidation about revisiting Ring Of Changes for the reissue, but was pleasantly surprised at how good it was.  It all seems so damned foolish now, because it’s obviously an excellent record, but one must remember the context in which it was rejected.

Still, better late than never, right? Ring Of Changes might not have the reputation of other lost masterpieces, but it’s nothing less than a great sounding blues rock album that exemplifies the quality of rock music coming from England in the early Seventies.