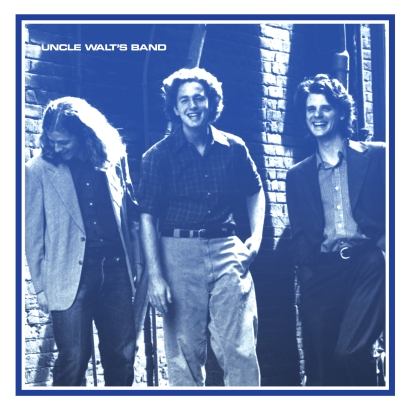 When I lived in Lubbock, Texas in the 1990s, I worked at both of the city’s independent record stores, and it was here that I learned of an underground musical scene I had never experienced before: “Texas Music.” Now, one might make the mistake of thinking that this is a catchall term for the diverse musical scene of the Lone Star State, but it isn’t. It refers to a very specific style of music, one that blends folk, Western swing, country, blues, just a smattering of rock’n roll, and a little Tex-Mex more or less to taste. It originated in the late 1960s and early 1970s in the Austin, Lubbock, and San Antonio areas, and quietly spread throughout Texas, with Austin naturally becoming the epicenter for this happy and quiet little scene in the 1980s.  Even though the scene had shifted southward by the time I arrived, its legacy lingered on. Both stores I worked at had a number of regular hardcore Texas Music crate divers who would come from out of town––some from out-of-state ––seeking out rare records from the scene. I wasn’t interested in either record collecting or that scene’s music, but I was happy to keep an eye out for records they sought. The name that most frequently appeared was Uncle Walt’s Band, a trio from the early 1970s. Furthermore, the collectors specifically wanted the 1974 album, Blame It On The Bossa Nova—the original incarnation of their debut album, which would be reissued as a self-titled affair.  That record has now been reissued for the first time by Omnivore Recordings, expanded to include nearly a dozen bonus tracks.

Formed by friends Walter Hyatt, David Ball, and Deschamps Hood, Uncle Walt’s Band didn’t hail from Texas––they came from South Carolina–but because the music scene in Austin proved warm and inviting, they would soon relocate. When they arrived, they did so with their self released debut album in hand and seemingly promising yet ultimately frustrating experiences with the music industry––A&R representatives recognized their uniqueness and potential, yet it seemed higher-ups just didn’t get it. Too quirky, too weird, not commercial was the verdict.

Yet listening to Uncle Walt’s Band, it’s easy to understand why it amazed those who heard the album. Even though the cover image of three longhairs might evoke assumptions that they sounded like America, Bread, or Crosby Stills and Nash, the dreamy acoustic guitar strumming a gentle Hawaiian–style melody of opening track “Ruby” quickly quelled such thoughts.  It set the tone for the rest of the record, as the other ten songs flutter and float through the air in an otherworldly manner.  Immerse yourself, and the 30 minute album will draw you in so thoroughly that the when the equally gorgeous Hawaiian album closer “Aloha” finishes playing, you will wonder where the time went. It’s that intoxicating.

Uncle Walt’s Band’s sound and style that goes beyond being merely “retro”—you could mistakenly come to the conclusion that these were recordings from decades past. Django Reinhardt is a definite point of reference for the guitar picking, so it’s not surprising this collection features two Hot Club covers—“Undecided” on the original album, and “After You’ve Gone” as a bonus track. Covers of Robert Johnson and Professor Longhair sit quite nicely alongside their own original compositions, adding a personal touch to the Calypso/ Western swing/country & western vibe. David Ball’s “Don’t You Think I Feel It Too” has transcended obscurity and has become something of a popular cover on the Texas Music circuit.

Uncle Walt’s Band would never get the big break they deserved; they would release one more studio album and would be a popular local act, with its members moving on to their own solo careers. Sadly, Walter Hyatt would be killed in a horrific and gruesome 1996 airline disaster, while Champ Hood would pass away in 2001 from cancer. David Ball has garnered a well-earned reputation as a singer-songwriter and continues to record to this day. In spite of its obscurity, Uncle Walt’s Band remains a brilliant and unique musical statement that has lost none of its potency or originality in the four decades since it appeared, and this reissue  is an essential release of a truly brilliant masterpiece.